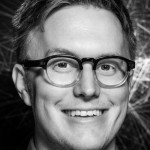 I'm currently Assistant Professor of English and the Director of Writing-Across-the-Curriculum at St. Norbert College in De Pere, Wisconsin. In the fall of 2012 I will join the English faculty at Northeastern University in Boston, Massachusetts.

I'm building a digital edition of Nathaniel Hawthorne's short story "The Celestial Railroad" at http://celestialrailroad.org that will aim to allow scholars, teachers, and students to follow the rich history of publication and editing "The Celestial Railroad" in American periodicals during the 1840s and 50s. This site will provide images and the text of each printing of the story, highlighting significant amendments or deletions, as well as any editorial introductions appended to the texts. I hope to build a web version of Juxta into the site, which will allow users to compare the text of reprintings on the fly and draw their own conclusions about the story's reception and influence. I'm also hoping to build an interface to the texts that will incorporate timeline and geospatial data, so that users can correlate changes made to the story with its progress through the nineteenth century and across the United States. I maintain a "Celestial Railroad" development blog on which I report new historical and textual findings, discuss the technologies that I'm using to create the site, and update visitors on the project's progress.

I write about technology in higher education for the group blog ProfHacker at the Chronicle of Higher Education.